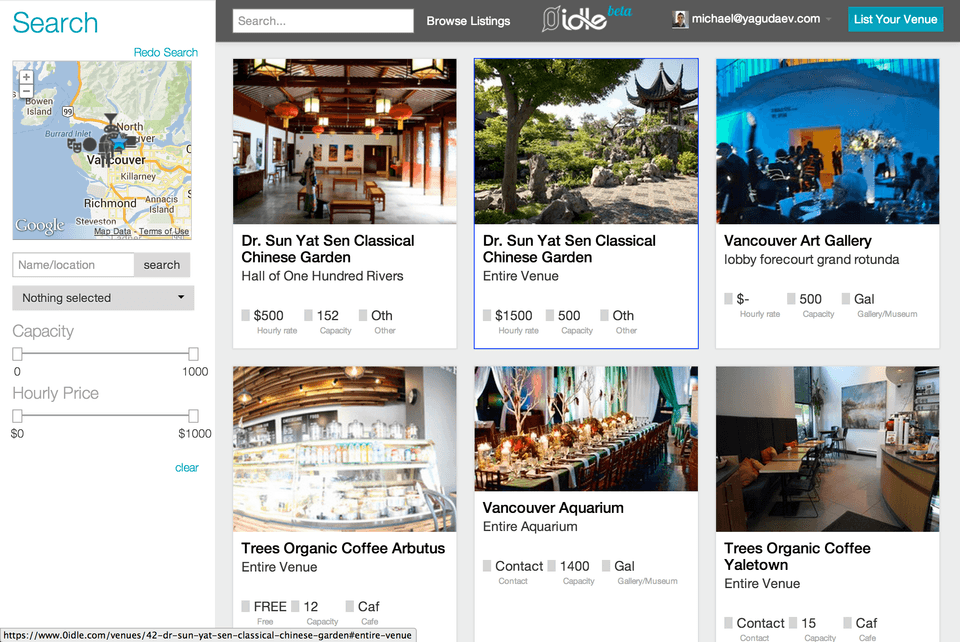 I began by working on a simple login system trying and ability to list one space. I gradually introduced new architectural constructs to help keep things organized. Starting with the default Rails stack, moving to using Haml, Coffee and Backbone.js. After working on another project and discovering the power of automated testing using Cucumber and Rspec, I began using it too.

As the project grew and the structure of it stabilized, I was able to bring more people to help work on it. Other than my co-founder, who was helping me where he could, we brought 2 interns from BCIT (a local university). They were able to quickly catch up and start writing production ready code.

We are now at the stage were we are polishing the product and focusing on the marketing and customer development side of things. Something I wish we would have done a lot sooner, but being first time Entrepreneurs who are also programmers I suppose we had to learn our lesson. Now it is all about metrics, SEO, SEM and creating relationships with clients.